He is a fully trained and qualified French Lawyer, attorney and counselor-at-law.

During the course of his career in private practice, he developed a strong interest in legal matters such as employment law, real estate, company law.

Benoît LEGRU has a first degree, as well as two postgraduate degrees in French law granted by the University of LILLE.

Prior to commencing private practice as a French lawyer, He was also a legal expert in a French law firm in Lille from 1996 to 2002.

Benoît LEGRU was called to the French Bar in 2003.

He is also a lecturer at the faculté de droit d’Amiens.

He works professionally in French and English. 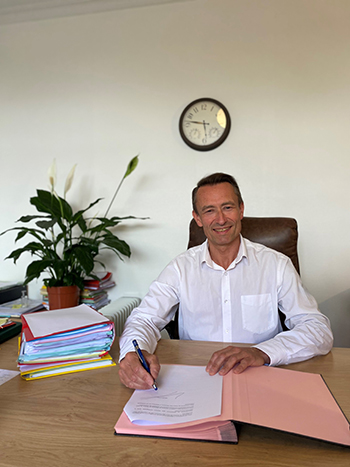 Information about cookies
We use technical cookies to ensure the proper functioning of the site, we also use cookies subject to your consent to collect statistics visit.
Click below on & laquo; ACCEPT & raquo; to accept the deposit of all cookies or on & laquo; CONFIGURE & raquo; to choose which cookies require your consent will be registered (statistical cookies), before continuing your visit to the site. More details